Our first sea trial was a success! Chalk up an eventful thirty days since we left Ottawa. Oh, and we moved onboard the boat on Wednesday! So much has happened. Let’s catch up a bit, shall we?

Our daily routine had settled into a commute from the AirBnB to the boat, perhaps with a stop for breakfast en route. Every day was a buffet of electrical/mechanical tasks, punctuated by expensive visits to the Nanaimo Harbour Chandler, plus general cleaning, scrubbing and polishing. As Nathanael, our technician-wizard, directed the mechanical triage of the boat, Debbie took command of its “domesticization.” I sort of drifted between the two, alternately annoying Nathanael then getting under Debbie’s feet, trying to help where I could.

We didn’t have a specific plan about how to manage the move onboard the boat, but an overall lack of planning shouldn’t shock our readers anymore. It just sort of happened, but I wouldn’t change a thing.

Gradually, our center of gravity has been migrating from the AirBnB to the boat. Once the boat was in the water, Debbie and I started hanging out onboard after the work day ended. We brought take-out, and sat up on the fly-bridge, soaking up the view and dreaming of the places we might go. Once the fridge was installed, we started having simple meals onboard, work-in-progress permitting. Our clothes began migrating onboard last week, one wagon load at a time.

The feeling of “home” seemed to have simultaneously descended upon both of us last Sunday evening. We had splurged on a shiny marine stainless steel barbecue, and decided to anoint it with some fresh salmon. There was wine. We watched the sun set. Then we drove back to the AirBnB, but we were clearly running out of reasons to bother.

By early this week, Debbie had turned the aft cabin into a cozy suite, the lights and plumbing worked, and the galley was largely functional. The rest of the boat looked like a crime scene in a hardware store, but it was livable. We moved the last of our gear onboard on Wednesday. It was “home” when it passed Casper’s inspection. 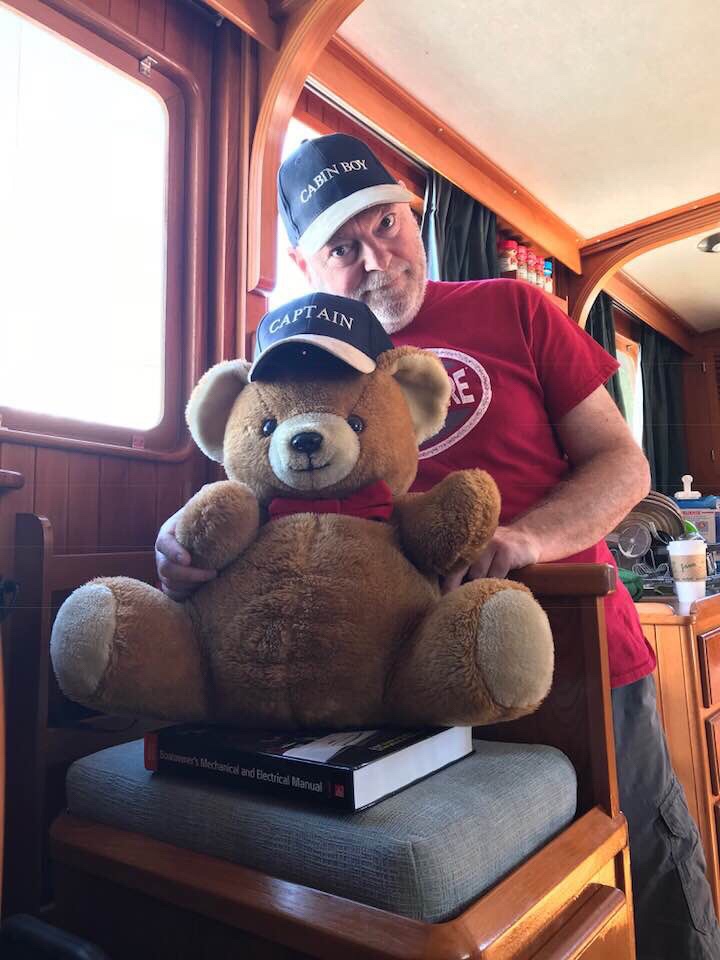 Meanwhile, we stayed tied up at the dock for lack of this simple engine part… 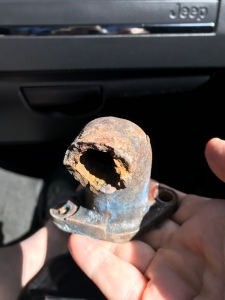 …which is the raw water inlet to the heat exchanger, thanks. I knew that! It broke off while I was trying to replace the hose. After three days of “Elvis sightings,” chasing leads for possible Perkins diesel engine parts around Nanaimo, we discovered that the part was obsolete and unobtainable. My eyebrows went up. No parts catalog? No overnight delivery?

Apparently, this will happen sometimes in the marine world. Our colourful dock neighbour, Dave, looked at the busted part and suggested that we take it to Bendt, who is the mechanical gnome-genius who inhabits a nondescript workshop at the back of the marina. Dave reverentially showed Bendt the part. Bendt’s beard made gestures. Syllables were exchanged. Dave laughed. I understood not a word, but Dave left so I followed. He seemed happy, but then I remembered that Dave is always happy. It might have something to do with the Sixties.

“Does he have the part?” I ventured. I was whispering. It felt like we had just visited Yoda.

Build it?! “Oh.” I’m learning the local cadence. After a thoughtful pause, I added, “When?”

“Don’t bug him before Thursday,” Dave replied. That’s how problems get solved around here.

That brings us to today, Friday. The engine part fit perfectly. Thanks, Bendt! With Nathanael at the helm, our boat-neighbour Jane threw off the dock lines and Casper was away for its first quick sea trial. 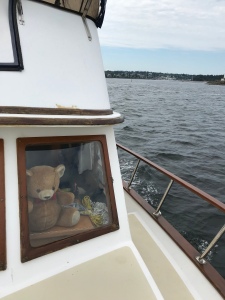 It was only about an hour, just beyond the Nanaimo harbour, where we could peak beyond the end of Protection Island at destinations to come. It was magic!

Oh, and the engine worked perfectly. Tonight is our third night as liveaboards. 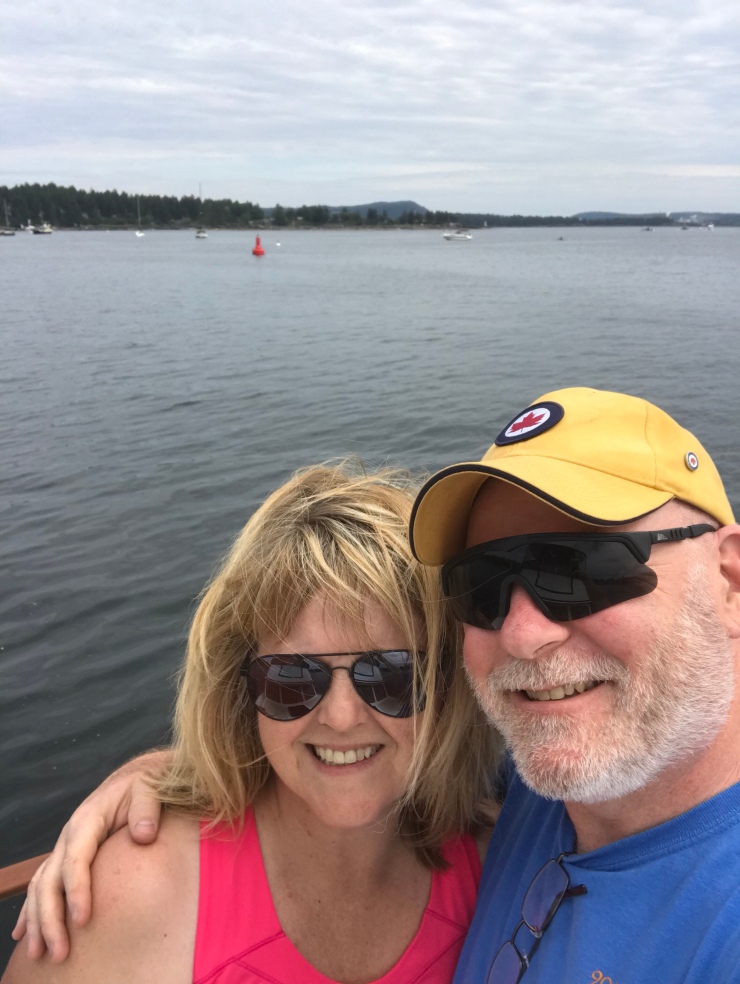